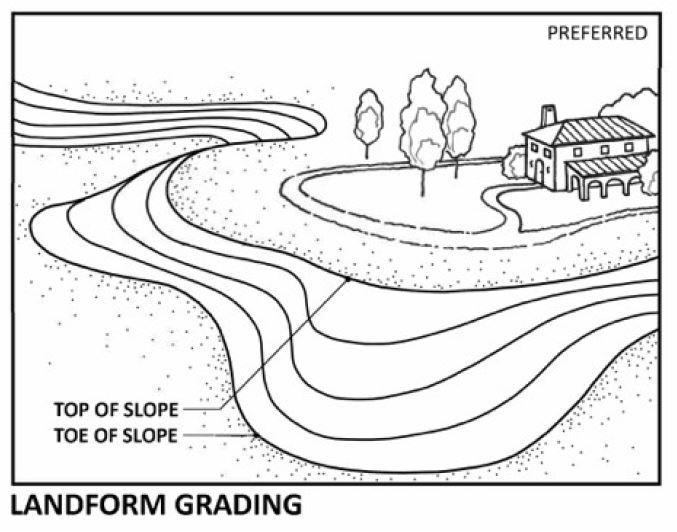 An integral part of Rancho Santa Fe's community character is the rural and natural effect of the existing landforms, which create hills and valleys throughout the Ranch. Home construction requires a certain amount of grading and moving earth, and the Association is working to create regulations that will allow for modifications that will benefit homeowners' plans, while preserving the natural character the community values. The RSF Association studied similar homeowners associations and communities to determine appropriate approaches for Rancho Santa Fe in its evaluation of the current regulation, which has not been amended since 2008. See the proposed amended regulation (clean version) to the current Slope Protection Regulation, Chapter 41 of the Regulatory Code, and the current regulation with redlines shown. RSF Association is committed to producing a fair and reasonable regulation to uphold the individual and natural characteristics of the Rancho Santa Fe community.

Highlights of changes to the existing regulation include the following:

Other parameters up for consideration based on input include the following:

For more information regarding the Association's research on similar communities' grading regulations, click here, and here.

Members are encouraged to review the proposed regulation and share written comments at MemberInput@RSFAssociation.org.